Relatively calm week the one that has just begun.

Yesterday we had a special opening for Guido Catalano’s firmacopie. There were many of you, thank you! I asked the author to sign a few more copies, so if you ever want to give yourself a gift, you just have to write me!

Wednesday 16 March at 9.30 pm on the stage of the Cafè Bandini I will recommend an author known for very little, but who immediately won me over. Are you curious? So come, you will not regret it!

Everything happens in Naples in the span of six months, although the story told could happen in any city in Italy: Statine, a medical student dependent on his grandmother, is among the volunteers of a small Catholic association that treats disabled people and single mothers. directed by Simone Mennella on the advice of the lawyer Mimì Staibano and financed by Don Cuccurullo, a fashionable parish priest. It is one of the single mothers, Amalia, who starts the affair by attacking Simone, but it will be the presence of Agata Sòllima, mother of one of the disabled boys, to catalyze the events.
Between violence and comedy, hypocrisy and theatrical twists, La Madonna dei mandarini tells of new economic and moral poverty, of the conflict between being and apparentlyrire, typical of our days, but also of desires, vanity and offended beauty.
This book is for those who love to read in bed in the morning, for those who love babà and sfogliatelle, for those who would like to scream their anger from the window of a moving car and for those who are moved in front of the statue of the charioteer of Motya.

Sunday 20 March at 5.00 pm the lilac box will move to Carugate for the meeting with Daria Bignardi. Below is the poster

where is it?
at the BCC Carugate Auditorium
Via E. De Gasperi – Via S. Giovanni Bosco 12
Carugate 20061 (MI)
readings by Gruppo Teatro Tempo

Instead, we remind you of the meeting of the reading group:

How to survive if everything around you falls apart and you are just a child? Asks Ajay, narrator of this new book by Akhil Sharma. And a precise answer is given: by learning to write about it. If the fatigue of the days becomes narrative matter, if people become characters, if a family biography becomes a novel, perhaps the writer will be able to survive and, who knows, to live. Thus he begins to assemble memories, to capture moods, supervise people and things, rebuilding a life that has split twice: outdoors, when the family, father, mother and two children, emigrated to the United States; and indoors, herendo a tragic accident broke her to the most intimate fibers. From the frugal India of the seventies, flying in the direction of the voices that until then they heard hoarse on the radio, they reached the American Eldorado: running water, elevators, traffic lights, TV at all hours, advertising in the hole, but also disorientation linguistic and racial, incomprehensible and sometimes comic segregations, which are counterbalanced by the exploration of the city and the discovery of libraries which Ajay and Birju access as Aladdin at the cave. Reading, a magic lantern. The two boys grow up and go to school with excellent results; the anxious gloom of the father subsides and the mother adjusts to the new country. But this under construction universe collapses when Birju has a serious accident. Thus the Eldorado becomes a Calvary and Birju’s bed the cross around which their existences rotate and shatter. The mother looks after her son supported by the Indian immigrant community, with her kit of healers and holy men. Between grueling rituals and unsuccessful therapies, she has no time for her healthy child. The father, disappointed by science, his only goddess, surrenders to alcohol. Teenager Ajay clings to a classmate’s first kisses and her paper life preserver. Curled up in his room, he reads. He devours every essay on Hemingway he finds in the library, then his novels and short stories. He analyzes them, notes them, uses them as a lifeboat to ferry out of himself, without embellishment and turns of phrase, the making of a loss. Akhil Sharma has spent years writing this autobiographical novel, the second after the very hard An Obedient Father. He hands it to us as a talisman. This can be done by writing, it seems to tell us, to save your life, to reveal what you were hiding, to give you back to yourself. 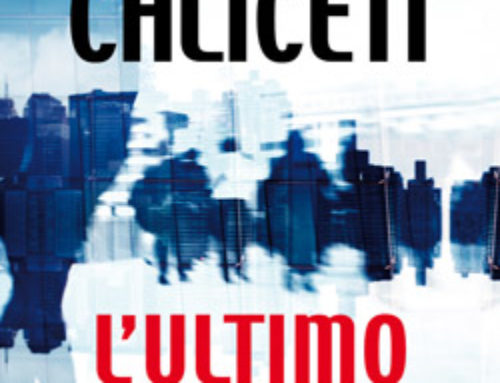