Ready for a new story from Booksellers Next Door ? Good. Today we will go Cagliari to Patrizio Zurru in his Officina dei Libri.

Workshop of books , the name already suggests a place where ideas are not lacking. And he, Patrizio Zurru is the confirmation of this.
Do you know the #lettidinotte initiative? Every 21st June the bookstores participating in the event remain open all night (or almost) we talk about books, listen to readings while remaining blindfolded, organize meetings and much more.
Behind this wonderful initiative is he who has decided to respond to a request from his customers: of course it would be nice if you were open at night .
No sooner said than done. One thinks 100 of them and together with friends of Renewable Literature , Letti di Notte this year has reached its fourth edition.

What did you do in your “previous life”?
Press office for Jazz festival.

When did you decide to join the crazy world of books?
26 years ago, first as a traveling bookseller and then for some time in the Libreria degli Editori, then the flagship of Sardinian bookstores, then, when it became Mondadori, I resigned, to direct a group of bookstores “the libraries of the coast” that had based in Cagliari Porto Cervo, Porto Rotondo and Santa Teresa di Gallura. Then, when the boss said he was going to put the Winnie the Pooh pallet dispenser, I told him it was either me or him. He kept him, on the day of arrival I resigned, and from there the solo adventure began.

What’s the question customers should never ask you?
The discount, looking at the title from an Iphone6.

And what, on the other hand, is the thing that makes you the most pleasure they tell you?
Kudos for the assortment, it doesn’t look like a chain bookstore.

The strangest request that was made of you?
There are a thousand of them, almost one a day, but one day with Maurizio we spent hours looking for “Ironing Board”, which I think could be Iperborea, but they really wanted an ironing board.

The first book you read?
At 5, Heart, because my six-year-old brother was already in school and taught me to read.

I know it’s difficult, but if I asked you for a podium, what would be the 3 books you would tell me?
William Goldman’s Princess Bride , Marcos y Marcos.
We Couldn’t Play Anything by Emma Reyes, Sur.
The Aleph by Jorge Luis Borges, in the old Feltrinelli translation.

If you could submit a request to those in charge of supporting and helping libraries, what would you ask?
Already done, I wrote a proposal to the Sardinia region, on behalf of a party and even though I had asked for € 100,000 to support quality bookstores, they approved a loan of 20,000. Of course, it won’t do much, but the French model has been understood by the Department of Culture. This is a good sign.

What book are you reading at the moment?
Written on your land, by Mauro Libertella, Caravan, plus a dozen unpublished works for my new literary agency Stradescritte.it

Which book would you recommend instead?
The Zebra, Camelozampa, by Alexandre Jardin. There are all the nuances of feelings, masterfully translated by Sara Saorin, who had to rearrange him in Italy, at the request of the author.

Digital book, true enemy of paper?
No, not at all, rather Amazon. Cagliari is the fifth city in Italy for online purchases.

Is there a bookseller next door that you recommend I contact?
My old friend Fabrizio Piazza , from Modusvivendi in Palermo. No Sardinian, it’s not worth it. 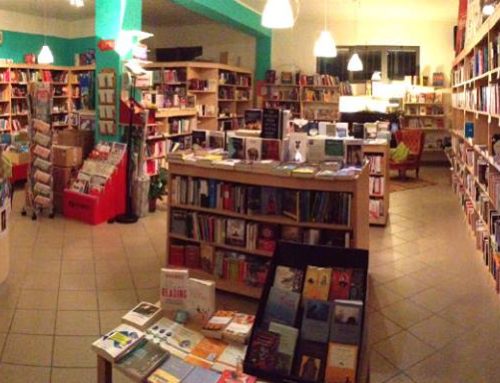 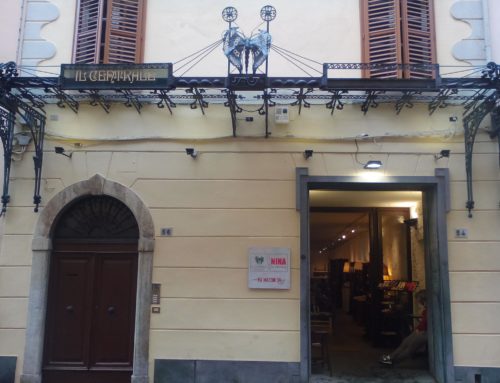